The Late Civil War Forerunners and Provisional Issues of East China: Philatelic Footprints on the Road to the Liberation of Shanghai. (1 lb. 8 oz.) (6 images) 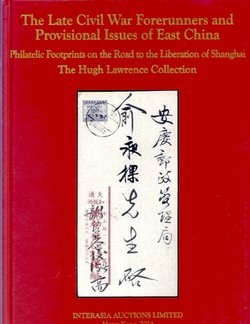 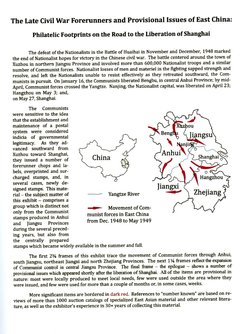 
The provisional issues of East China were a short-term solution to an immediate problem: how to (i) broadcast the dramatic expansion of the area controlled by Communist forces as they moved south towards Shanghai; and (ii) lay claim to the legitimacy, in Chinese eyes, which arose from operating the postal system. “Footprints” examines these stamps, the historical circumstances under which they were issued, and the surprising speed with which they were placed on sale and used under rigorous wartime conditions.

The exhibit is the culmination of almost 30 years of collecting and research and is an example of a developing trend in philatelic exhibiting which places substantial weight on both the historical context and the philately. 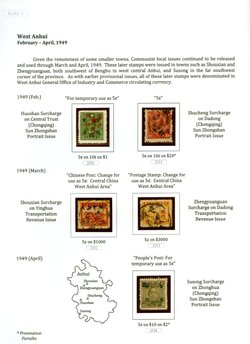 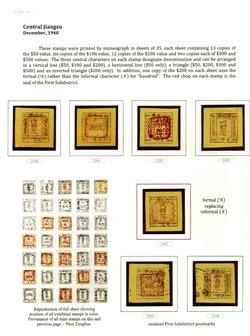 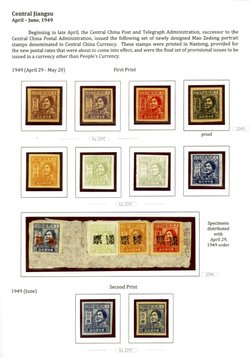